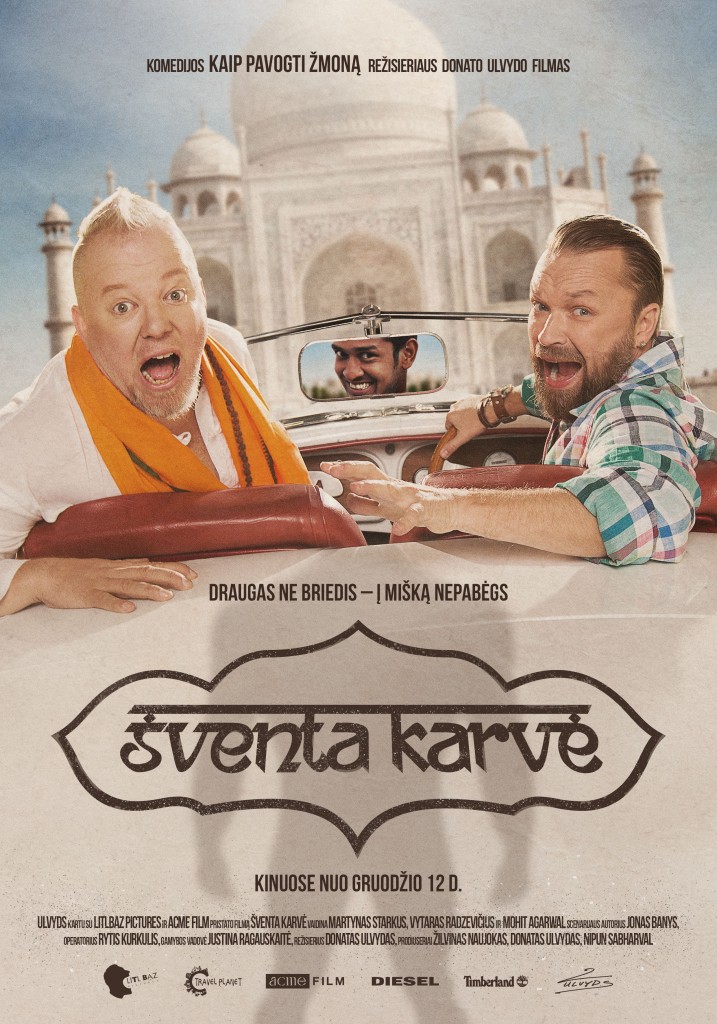 MARTYNAS and VYTARAS are two friends who seem to have it all – loving families, successful careers and considerable renown. Their TV show tops the ratings, their books sell like hot cakes, and their lives seem like a dream come true. But in reality they are just two stressed-out men, each trying to cope with his own version of a mid-life crisis. When Vytaras decides to leave everything behind and relocate to India for good, Martynas sets off on a mission to bring his pal home, at any cost. Suddenly the two friends find themselves stuck in the middle of nowhere, thousands of miles from civilization. Crammed in a car as old as the hills with a hyperactive Indian guide named Vasu, Martynas and Vytaras are forced to overcome culture shock as well as the nightmarish Indian roads to find their way home, before their insecurities and self-pity destroy their friendship.