Fireheart: The Legend of Tadas Blinda 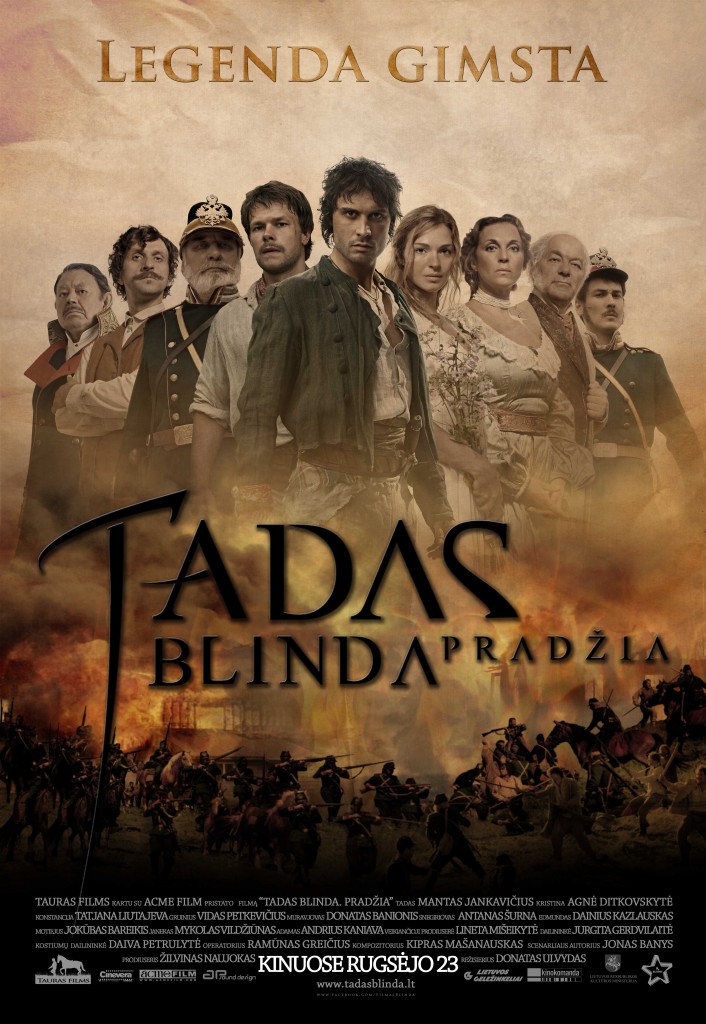 Set against the backdrop of some of the most picturesque scenery in Eastern Europe, “Fireheart: The Legend of Tadas Blinda” is a historical romantic adventure in which a story of love, honor and freedom unfold in the restless outskirts of the Russian Empire in the 19th century.

Though it’s a first full lenght feature for producer, director and the main star of the movie, it has already broken all time records in its home country of Lithuania. The film brings together an unforgettable cast, a riveting plot, and a wonderful mix of adventure and passion to create a truly legendary tale reminiscent of Robin Hood – a source of inspiration for young and old alike.

He’s a carefree serf with the heart of a rebel. She’s the daughter of a powerful landowner. But when Tadas and Kristina unexpectedly meet, they know that their love is doomed in the socially segregated Russian Empire. When political events and intrigue suddenly turn their worlds upside down, they – and everyone around them – must summon all their strength and courage to meet the new responsibilities that have befallen them.

It‘s 1861, and the country is engulfed in political turmoil and civil unrest. Tensions rise as high as the stakes of those in power who seek to prevent the imminent abolishment of serfdom at any cost. When an innocent Midsummer celebration in a remote village turns into a slaughter, Tadas unexpectedly finds himself in the middle of a rebellion, with dozens of men at his command. Now he is faced with the tormenting choice between his duty as a rebel leader, and his love for the daughter of the sworn enemy. The ensuing doubts, suffering and death of his comrades force Tadas to take responsibility for both his own actions and the lives of his loved ones… and to make a stand against evildoers of the Empire.

While fighting for freedom, justice and love, Tadas discovers values that are worth living and dying for